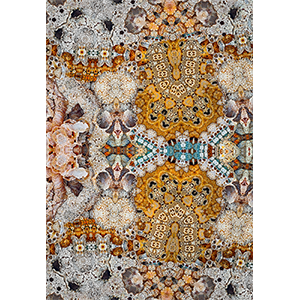 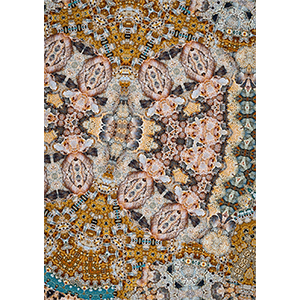 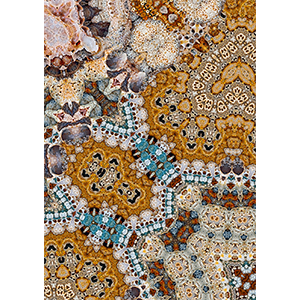 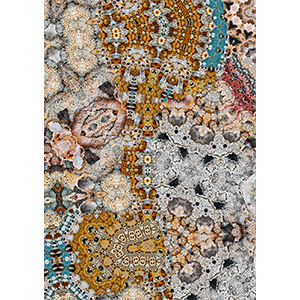 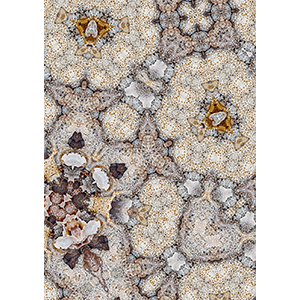 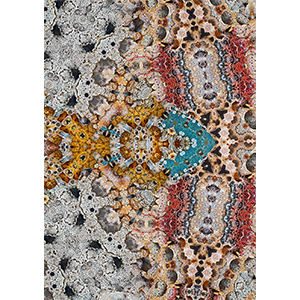 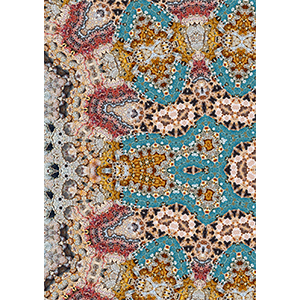 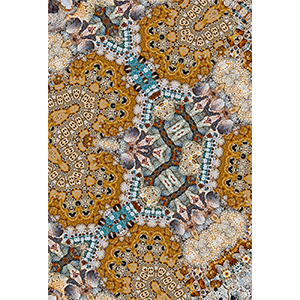 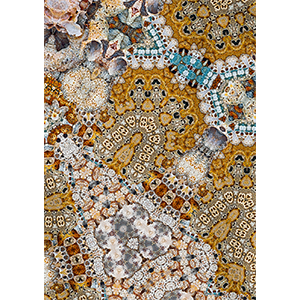 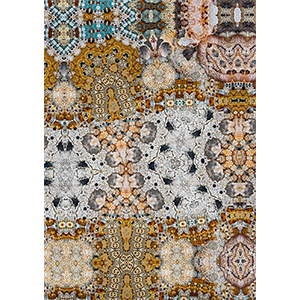 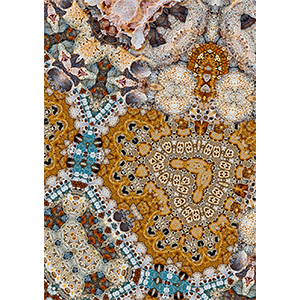 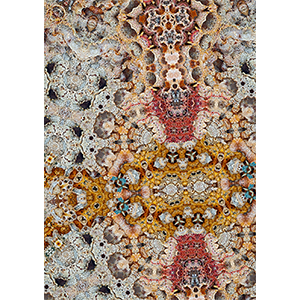 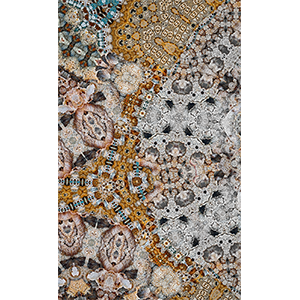 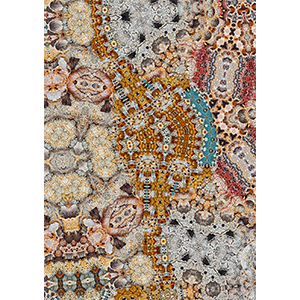 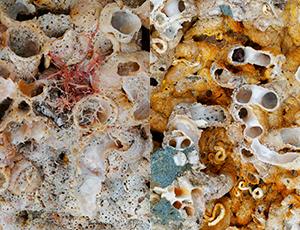 This series is made from a composite of images, like the ones to the left, of some marine tube worm casings I found on a local beach. These items are often called "false brain coral" because many people think they are coral but they are actually the stacked burrows of the worm "Dodecaceria Fewkesi" according to my "authoritative" Internet googling

These images are pretty large, about 57" in height when printed.

To make the rock colonies, one larval worm settles on a rock and draws calcium carbonate from the seawater to deposit around its body, thus forming a tube-shaped burrow. Once the “founding father” (or mother) worm reaches maturity, it divides in half. Two new worms are soon created from the new halves. As fission continues, the colony continues to grow, and new burrows are added to form one large, stony colony. The larger colonies are usually found on reefs below low-tide level. ...

The colonies are often broken apart by the action of waves or secondary burrowing animals. They can then be found on beaches, tumbled smooth by the waves. Most of the material found on beaches is not fossilized but comes from a colony that was recently alive.