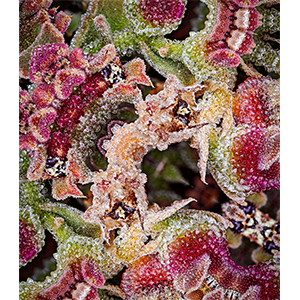 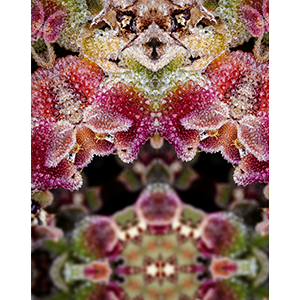 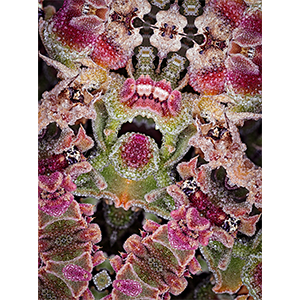 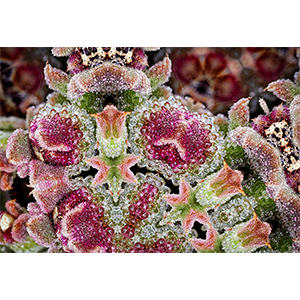 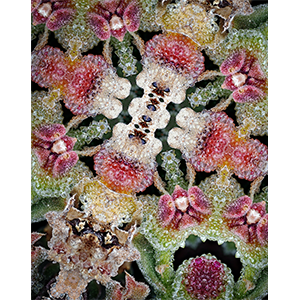 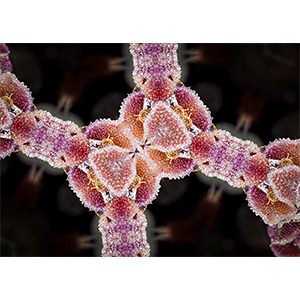 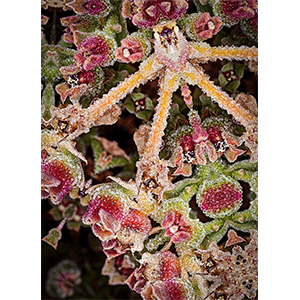 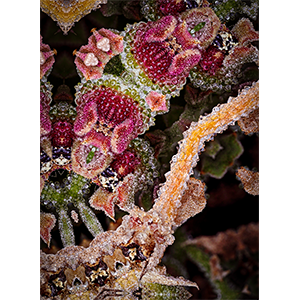 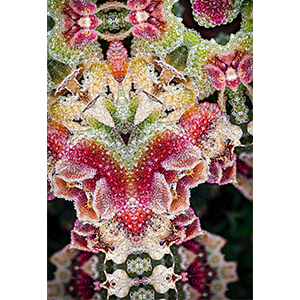 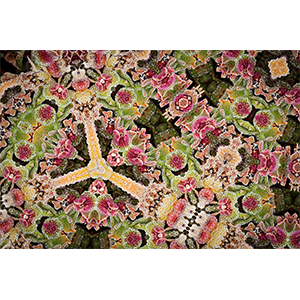 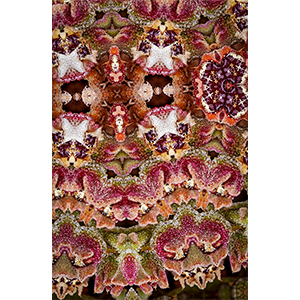 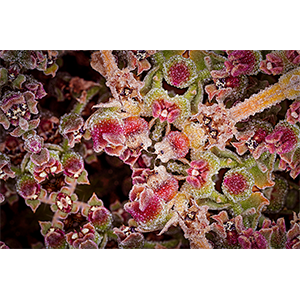 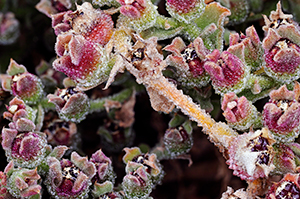 Mesembryanthemum crystallinum, commonly known as "ice plant", is native to Africa, Sinai and Southern Europe but now commonly found all over the new world and very common to Southern California.

The plant is covered with large, glistening bladder cells or water vesicles, which are conspicuous here in these images and are delightfully bizarre in appearance and color. The main function of these bladder cells is to reserve water, but in salty environments, these cells are used to store excess salt. When the plant dies, the salt leaches into the soil, creating an inhospitable environment for other plants but fine for its own seeds to germinate, which is how it takes over more territory. As Wikipedia puts it:

The plant usually usesC3 carbon fixation, but when it becomes water- or salt-stressed, it is able to switch to Crassulacean acid metabolism [which was, coincidentally, my nickname in college]. Like many salt-tolerant plants, M. crystallinum accumulates salt throughout its life, in a gradient from the roots to the shoots, with the highest concentration stored in epidermal bladder cells. The salt is released by leaching once the plant dies. This results in a detrimental osmotic environment preventing the growth of other, non-salt-tolerant species while allowing M. crystallinum seeds to germinate.